The Greek traditional dress, made to impress rather than to show off the body, has deep roots in history, mainly in the Byzantine tradition. It is generally divided into three categories: the type of clothes worn on the mountains, those worn in the planes and the clothes prevalent on the islands

The traditional dress for men in Greece is of dark colour and simple detail so that the dress’ basic shape remains clear. This is quite the opposite to what happens in the case of women’s costumes, where bold colours and absurd details blur the outline (ref. Greek Costumes by I.Papantoniou, 1974).

The Lyra group has a wide variety of costumes that compliment the performance of dances from different regions. These costumes are either old original pieces or made by the members the traditional way copying originals from Greek Museum Collections. The group owns 190 costumes in all. 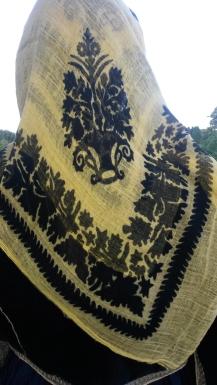 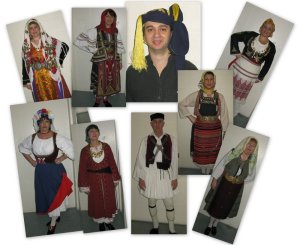